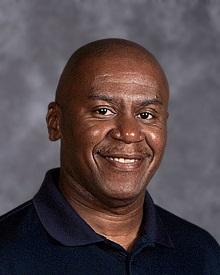 I was born October 2, 1964 in Memphis, Tennessee to Cornelius and Erma Whitaker. I was the 9th of 11 children. After graduating from Marion High School in Marion, Arkansas in 1983, I entered Arkansas State University. I have a Bachelors in Business Management from Le Tourneau University and a MBA from Le Tourneau University. In February 1988, I enlisted the United States Air Force as a Law Enforcement Specialist. Upon successful graduation of the USAF Security Police Academy, I was assigned to McClellan Air Force Base in Sacramento, California. During this assignment, I was deployed in support of Operation Desert Storm, where he served eight months. Upon my return home, I was selected to be a Military Training Instructor at Lackland Air Force Base, TX. There I trained new Airmen for the Air Force. During this assignment, I earned the Air Education and Training Master Instructor Badge. I was later selected to be an instructor at the USAF Security Police Academy where I served for four years. I was then selected as a USAF Recruiter and assigned to West Memphis, Arkansas and Houston, Texas. On my final assignment, I was reassigned to Barksdale Air Force Base in Shreveport, Louisiana. There, I served as the assistant First Sergeant for the Security Forces Squadron until my retirement. I assumed his current position as the Aerospace Science Instructor at Elkins High School in February 2008. My hobbies include weight lifting, flag football and softball. For current information, news and up to date calendar, go to the Elkins AFJROTC department home page.  https://www.fortbendisd.com//site/Default.aspx?PageID=11493