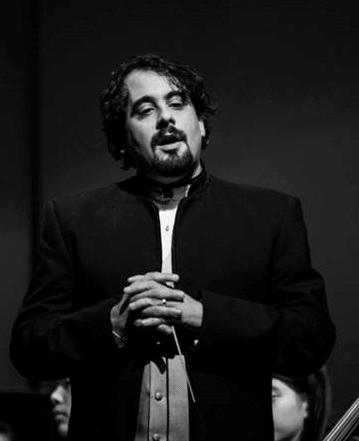 Michael Isadore has been the orchestra director at Dulles High School since 1999 after graduating with Master’s degrees in conducting and clarinet performance from the University of Missouri, Kansas City (UMKC). Before attending UMKC, Isadore graduated with a bachelor’s degree in music education from Baylor University. Since his appointment at Dulles, the orchestra has received national recognition in contests and invitational performances. In 2010, Isadore was the receipient of the prestigious Spec's Foundation Excellence in Music Education award presented by the Houston Symphony.
Isadore is a charismatic musician who continues to be an active conductor, performer and educator. Since moving to Houston he has built a career teaching and conducting while maintaining his recognized performance ability on the clarinet. Isadore serves as the Philharmonic conductor of the Houston Youth Symphony and the associate conductor of the Houston Civic Symphony. As an accomplished clarinetist, Isadore has been the featured soloist with many Houston area orchestras and performs regularly as a core member with the Symphony of Southeast Texas in Beaumont and the Victoria Symphony. During the summer he performs with the orchestra of the Gilbert and Sullivan Society of Houston.