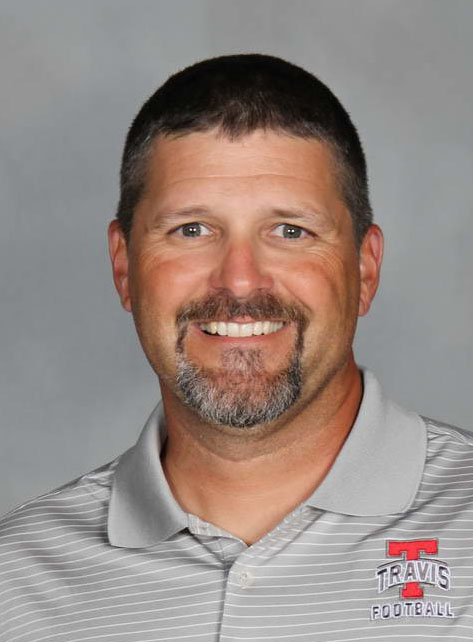 Trey Sissom graduated from Texas A&M University in 1996, where he majored in kinesiology and mathematics. Before coming to Travis HS, Coach Sissom previously worked at Bellaire HS in Houston ISD and Mayde Creek HS in Katy ISD.  He is excited to begin his sixth season as the head football coach at Travis HS and he looks for his football program to continue its winning ways both on and off the field. When not on the sideline directing the Tigers, he enjoys spending time with family, playing golf rather poorly, and hunting whenever time permits. Trey and his wife Kellie have been happily married for 23 years and they have two beautiful children, Dru and Kylie.