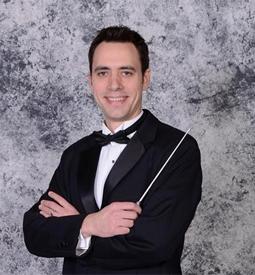 Mr. Baragas is in his 17th year of teaching band in Fort Bend ISD. He is a proud product of FBISD, having graduated from Kempner HS in 2001. His career began in 2006 as the Assistant Director of Bands at Sugar Land Middle School, where he taught beginner brass classes and the Symphonic Band. In 2008 he became the Head Director of the Titan Bands until joining the Travis Tiger Band in 2021, where he is the director of the Symphonic Band.

Mr. Baragas is married to Theresa Baragas, who is also a Band Director at Fort Settlement Middle School. They have two children, Braeden and Leila, and a dog named Piper. Outside of school, Mr. Baragas enjoys exercising, camping, and working on his truck.