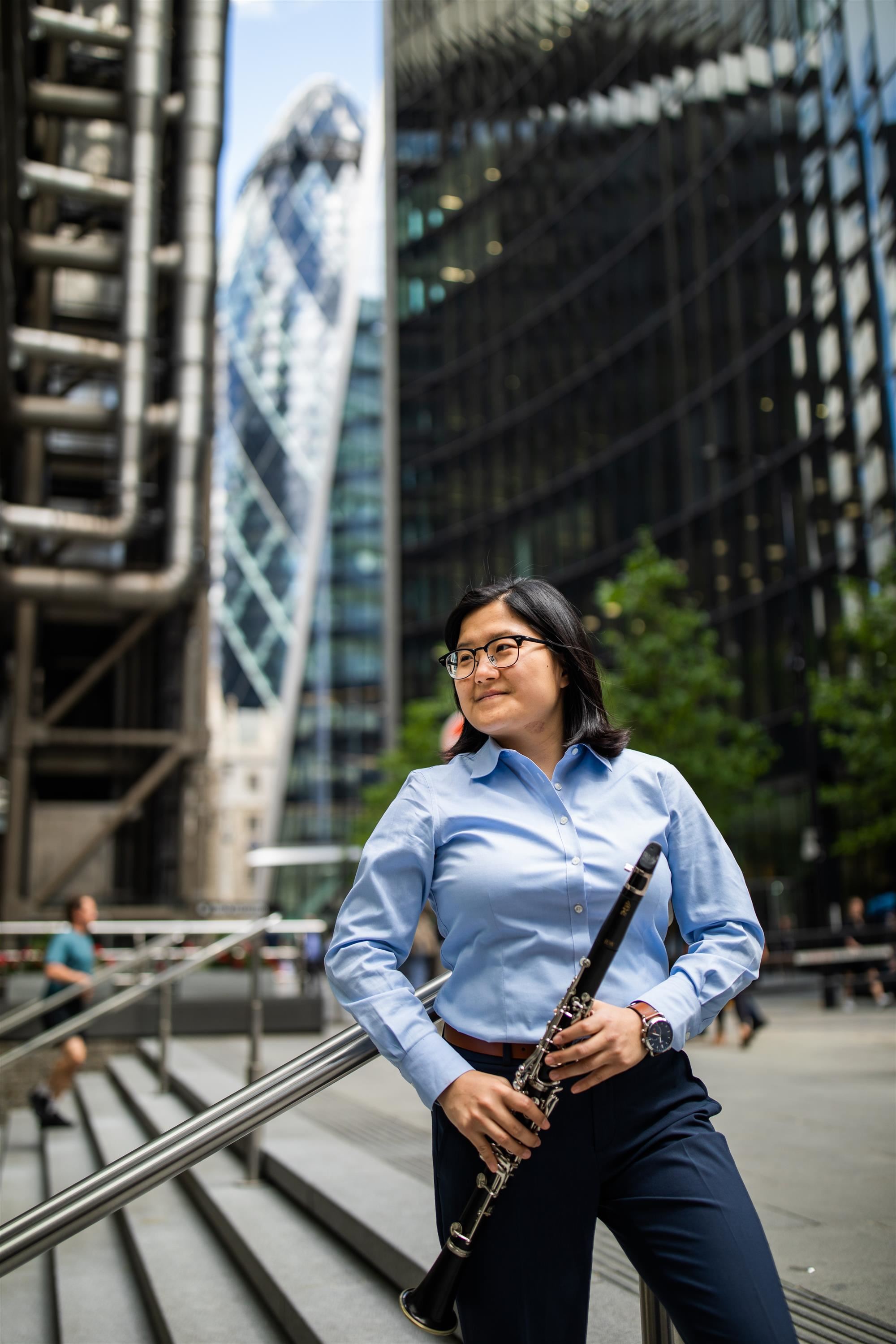 Tiffany Ye is a native of Sugar Land, Texas, and a proud product of Fort Bend ISD. She is thrilled to be back on her old stomping grounds as she enters her fifth year teaching at Dulles Middle School! Ms. Ye teaches the Symphonic Band, Concert Band, beginning woodwind classes, and assists with the Honor Band.

Ms. Ye went on to study at Boston University, where she earned a Master of Music in Clarinet Performance. At BU, she was a member of the clarinet section of the Boston University Wind Ensemble, Boston University Orchestra/Opera, and performed with various small chamber groups, as well as playing as a guest musician for the All-Campus Symphony Orchestra.

Ms. Ye is the Director of Music Engagement and clarinetist for the Wind Project and The Houston Chamber Music Society of which she co-founded. She also played in the Sugar Land Winds, who performed at the Texas Bandmasters Association in 2018. In 2018, she was selected to participate in the British Isles Music Festival as one of five clarinetists from around the world studying with Mark Van de Wiel, Principal Clarinetist with the London Philharmonia. She has also studied with Thomas LeGrand, Associate Principal Clarinetist of the Houston Symphony Orchestra, Christopher Ayer, Professor of Clarinet at Stephen F. Austin State University, Barnaby Robson, Principal Clarinetist of the English National Opera, and David Martins, Member of the Boston Ballet Orchestra, Music Director of the Wind Ensemble, and Professor of Clarinet at Boston University.

Ms. Ye’s hobbies include traveling, rooting for the Boston Red Sox, building legos, and dreaming about one day owning a corgi.