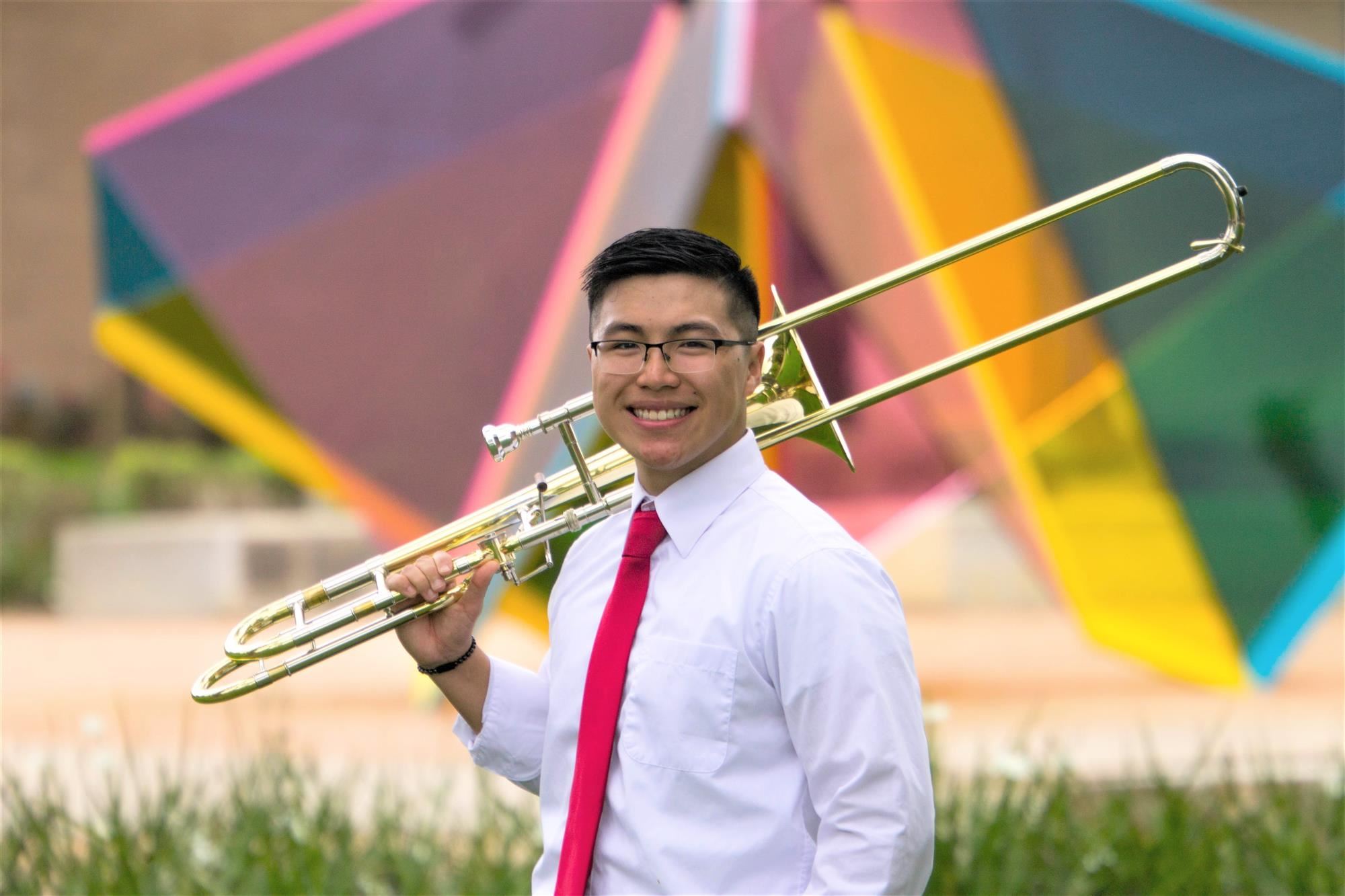 Dong Pham is currently entering his first year of teaching, serving as the Assistant Band Director at Sartartia Middle School. His duties include assisting with the Wind Ensemble, co-conducting the Symphonic Band, Concert Band, Jazz Band, and teaching the beginning brass classes. Mr. Pham is a graduate of FBISD, earning All-State on trombone and his second John Philip Sousa Award in his final year as a student.

Prior to joining SMS, Mr. Pham completed his Bachelor's degree in Music Education and Performance at the University of Houston, graduating Magna Cum Laude in May 2022. Throughout his time at the Moores School of Music, Mr. Pham studied trombone under the instruction of Mr. Brian Kauk. Mr. Pham was a member of numerous performing ensembles, which include: the Spirit of Houston, Wind Ensemble, Symphony Orchestra, Opera Orchestra, Brass Ensemble, and Jazz Orchestra. Mr. Pham is a former member of Phi Mu Alpha Sinfonia and a former marching member of The Cavaliers Drum and Bugle Corps, where he served as lead baritone and was one of the featured trombonists.

Mr. Pham was the principal trombonist of the Wind Ensemble under the direction of Mr. David Bertman from 2020-2022, during which he recorded music for composers and arrangers Leroy Osman and Pat Patterson. In the Jazz Orchestra, Mr. Pham was one of the lead trombonists under the direction of Mr. Noe Marmolejo, having the opportunity to share the stage with guest artist Scott Whitfield.