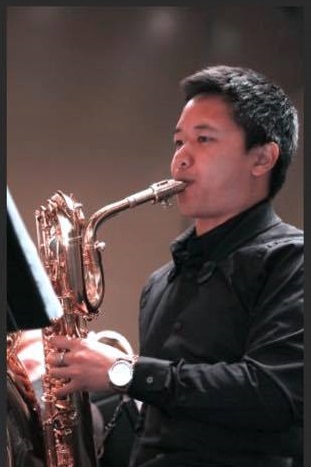 A native of Chicago, Illinois, Alan Wong is the Assistant Band Director at Christa McAuliffe Middle School in Fort Bend ISD. Before starting his position at CMMS he worked as the Graduate Assistant for the Spirit of Gold Marching Band at Vanderbilt University. In 2016, he graduated from the Blair School of Music at Vanderbilt with a major in Music Education. The following year, he earned a Master of Secondary Education degree from Peabody College at Vanderbilt. He has studied both classical and jazz saxophone extensively during his time at the Blair School under Dr. Brian Utley, Dr. Ryan Middaugh, and Jeff Coffin. Under the batons of Dr. Thomas Verrier, Robin Fountain and Ryan Middaugh, he performed in the Vanderbilt Wind Symphony, Orchestra and the Blair Big Band, respectively.

Mr. Wong found his passion through chamber music ensembles and actively engages his students with small ensemble musicianship experiences. During his time at Vanderbilt University, Mr. Wong marched trombone in the Spirit of Gold and studied French Horn under Leslie Norton, principal hornist of the Nashville Symphony. Mr. Wong continues to seek out performance opportunities, and he is excited to continue to be a part of the CMMS team.