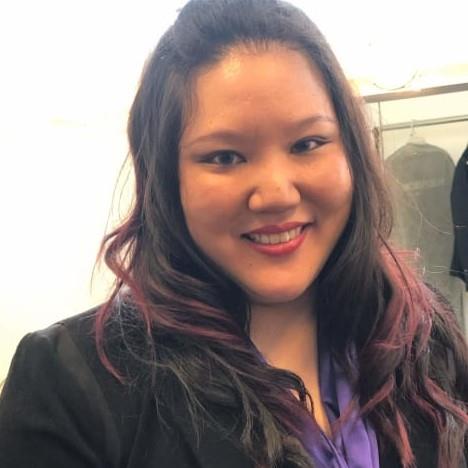 Hi! My name is Doreen Lee. I've been teaching since 2006, and at the G/T Academy at Quail Valley Middle School since 2009. Before coming here, I taught writing for one year and Spanish for two years at the University of Houston. Teaching at a university had its perks, but I wanted to be able to interact with my students rather than walk into a lecture hall everyday and talk for 80 minutes straight -- a structure you can't avoid in university education. Perhaps my favorite thing about teaching at the Academy is that gifted students continuously push me to challenge myself.

I more or less grew up bilingual. Born in Taiwan, my first language was Mandarin, but my family moved to Boston when I was four and I started speaking English at school and Chinese at home. I discovered my passion for languages during my freshman year at Clements High School, when, with no background in Romance languages, I was able to learn French on my own in order to understand the French music of Céline Dion. Rather than continuing to take French to satisfy my foreign language requirement, I decided that Spanish was more applicable and useful in Texas. That way, I could keep studying French on my own and end up knowing both languages. In May 2002, I fell in love with another language. Randomly channel surfing, I came across the World Music Awards where Italian singer Andrea Bocelli was performing. The song “L’Abitudine” captured me because I realized that I was able to understand some of the lyrics just by my knowledge of Spanish and French. That song made me want to learn Italian, and I ended up minoring in it along with my Spanish major in college. In the summer of 2006, I won a scholarship to study at the Università di Siena in Italy.

My love for languages and culture led me to pursue a Master's degree in Spanish linguistics and literature. I am a proud Cougar alumni, having earned both my B.A. and M.A. from the University of Houston. Even now, I continue to nurture my talent for languages--I recently studied Brazilian Portuguese to conversational fluency and have started to learn Arabic and German. My ultimate goal is to have a working knowledge of all six official languages of the United Nations (Russian is the only one left that I haven't touched).

Music has always been a part of my life. My mother was a professional singer in Taiwan, so I grew up listening to pop standards from the 60s and 70s. I am passionately involved in International Voices Houston, a choir with 150+ singers from over 35 countries. Our concerts regularly contain music in at least 12 languages. I also have a playlist containing music in 64 languages and counting, including Xhosa, Farsi, Middle High German, Swahili and Swedish, just to name a few.

Aside from music, I also love to read and wind down for the day by playing videogames or watch some of my favorite shows. I love to read crime thrillers and fantasy, anything from Stieg Larsson to Richelle Mead to J.K. Rowling. Some of my current favorite shows are Umbrella Academy and Rutherford Falls.