FORT BEND ISD (August 7, 2019) – Congratulations to FBISD students Ellison Holmes and Elliott Holmes of Sullivan Elementary, Dylan Jones of Leonetti Elementary and Preston Taylor of Scanlan Oaks Elementary on their outstanding performance at the USATF Hershey 2019 National Junior Olympics Track & Field Championships. The students are members of the Afterburners Track Club and were named national champions after breaking the record in the boys 8 and under division of the 4x400-meter relay. The team finished with a time of 4:40.65, being the first to set a new national record since 2014. 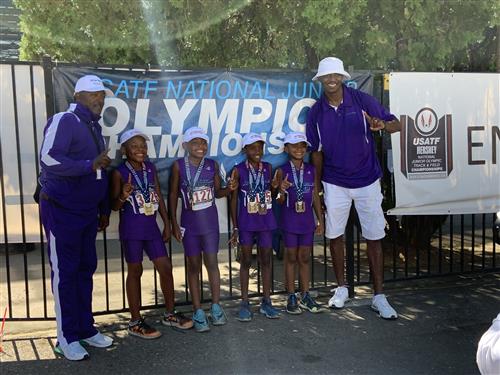