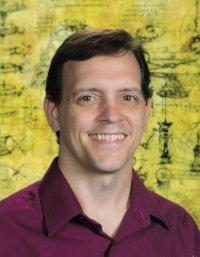 Mr. Mason grew up in the lower Rio Grande Valley in Mission, Texas.  He graduated from Texas A&M University in College Station with a Bachelor of Arts degree in History and minors in education and Religious Studies. He is certified in the state of Texas to teach History, Communication Applications and Generic Special Education.

In 1994, Mr. Mason began teaching experiential, outdoor education to Junior High Students in northern Alabama.  In 1995 he moved to the Rio Grande Valley of South Texas and taught public school at the high school he graduated from. Mr. Mason has taught in Fort Bend ISD since 1999.  He coached speech, debate and oral interpretation starting in 2001 at Kempner High School in Fort Bend ISD. In 2018 he achieved the Three Diamond Coach award from the National Forensic League honoring fifteen years of coaching a successful speech and debate team. In 2011 and 2012 the Kempner Speech and Debate team was awarded the best UIL speech team in Fort Bend ISD. Several students have qualified for the National Forensic League national speech tournament and numerous students have qualified for state with some ranking in the top ten in the state in their events. In 2012 the team claimed the state championship in Public Forum Debate.