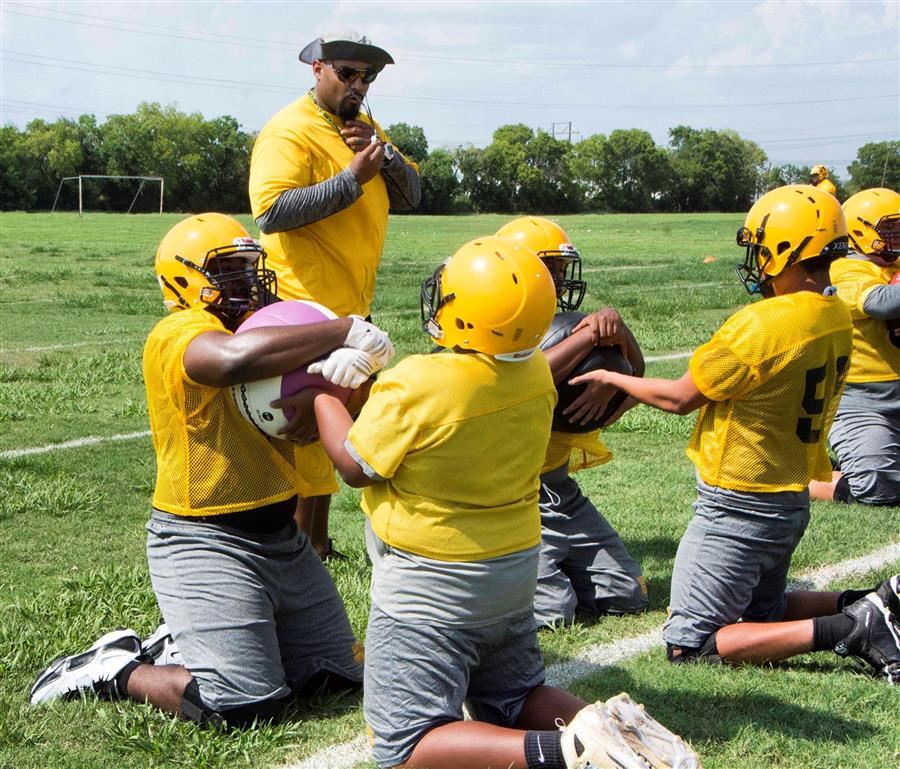 Coach Harrison is an alumnus of Westbury High School in Houston, TX. was a member of the National Honour Society, the English Honour Society, the French Honour Society and belonged to the National Science Scholars. He also competed in shot put. He majored in Communication and minored in Ethnic Studies upon graduation from the University of Colorado, where he also was a 4 year letterman on the football team and was an All Big 12 academic athlete. Upon graduating from Colorado University he signed a free agent contract with the Kansas City Chiefs and was employed by the Chiefs for the next two years. Harrison was then signed by the Calgary Stampeders of the Canadian Football League, where there he played for the Stampeders for the next 6 years where he was able to win a Grey Cup Championship. Upon retirement from the CFL/NFL of professional football, Harrison then pursued a career in education and coaching. Harrison teaches 9th grade World Geography and is the Varsity football Offensive Line coach and Assitant Track and Field coach at Marshall High School.